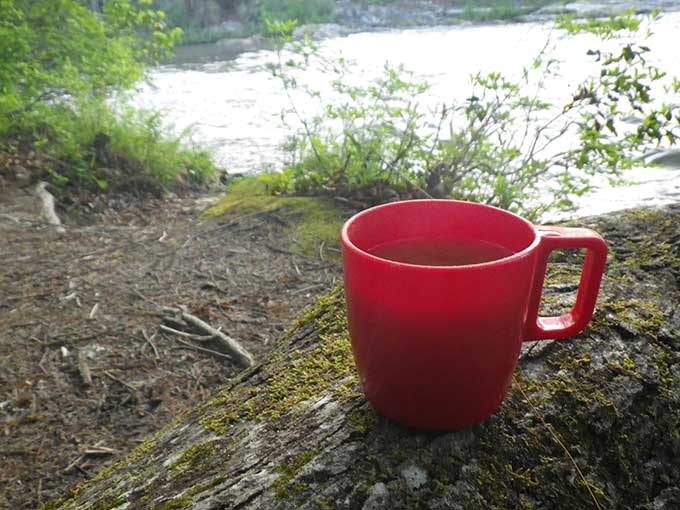 Jim Parham has been out on the trail this spring, doing field work for a backpacking overnight guidebook to north Georgia. Along the way, he’s had time to ruminate on an essential piece of adventure gear—one that might surprise you.

Every good outdoorsperson has a favorite piece of equipment. Maybe it’s an old sponge you use to soak up water in the bottom of your kayak that just does the job better than any other you’ve ever had. Or perhaps it’s a set of tire levers for changing flats on your bike—you’ve had them for years (they’re not made any more) and they work just right; use any others and you’re bound to pinch your new tube as you fumble to get it in place. I think you know what I’m talking about here. These are odd, functional items to which you have developed,  shall we say, a slightly unnatural attachment. It’s a little like Gollum in Tolkien’s  Lord of the Rings, who had his “Precious.” For me, that special piece of gear is my New Zealand cup.  Every time I’m camping in the woods, it comes along. It has a permanent home in my backpack, fitting snugly atop the 16-ounce nalgene bottle wrapped with foil insulation that I use for steeping tea. I’d be totally lost without it and I’ll be devastated when, someday, it gets lost. Let’s be honest here: having a Precious piece of equipment is like having a pet. You have to face the fact that you’ll probably outlive it, and you’ll go to great extremes to protect it.

One does not choose a Precious. Somehow, I think, it chooses you. Throughout your outdoor life, various pieces of equipment will come and go. I once had a favorite long-handled titanium spoon. I will say it had good Precious potential. In fact, I’m pretty sure I could take you to the very rock along the shore of Dream Lake, far in the backcountry of Wyoming’s Wind River range, where I left it one morning after I got distracted and changed up my morning packing routine.  It’s a remote spot, so the spoon might still be there. In any case, later that same day when I discovered it missing I was not willing to backtrack eight miles to retrieve it. Looping back near the lake several days later, I did consider leaving the group I was leading for just an hour or so and making a detour to pick it up. Odd, I know, to consider going to such lengths for a mere spoon, but you’d do the same for the right item—you know you would.

Another time, while hiking the “W” circuit  in Chilean Patagonia, I found what might have been another person’s Precious. Someone had left a pair of expensive sunglasses where I’d stopped to take a break. I looked up and there they were, hanging on a tree branch. I needed a good pair of sunglasses at the time and the trail gods took care of me. Certainly “Precious potential” was written all over them, but evidently you can’t transfer this sort of thing from one person to another. I still have the glasses but rarely use them; a different pair is my favorite.

With my New Zealand cup, it’s a whole other ball game. I acquired it on a tramping holiday with my wife and son. We were on New Zealand’s South Island back in 2009, and had forgotten to pack camping mugs. In New Zealand, as in any good British colony, backcountry or front country you tend to drink gallons of tea daily. Boiling hot water is always available, but you have to have a cup to put it in. We purchased three plastic cups at a local outdoor supply store. I chose an orange one heavy enough to hold heat, with a handle that felt good in my fingers. I di 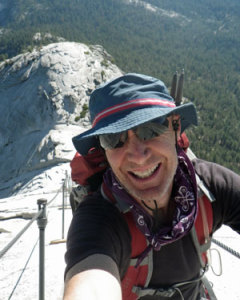 d not know at the time I was choosing my Precious. But today, eight years on, I’d panic if it were missing from my pack. I don’t even know when it switched status from ordinary orange plastic cup to Precious tea mug—it just did. At some point I guess it chose me.

As cups go, it’s awesome. I don’t let people borrow it. I feel good when I’m using it. But I have to say, it makes me sad right now thinking of the day when it’s gone. I can cheer myself a little knowing that another Precious will inevitably come along—I may even possess it already. Or maybe I’ll just have to go back and get that spoon after all.