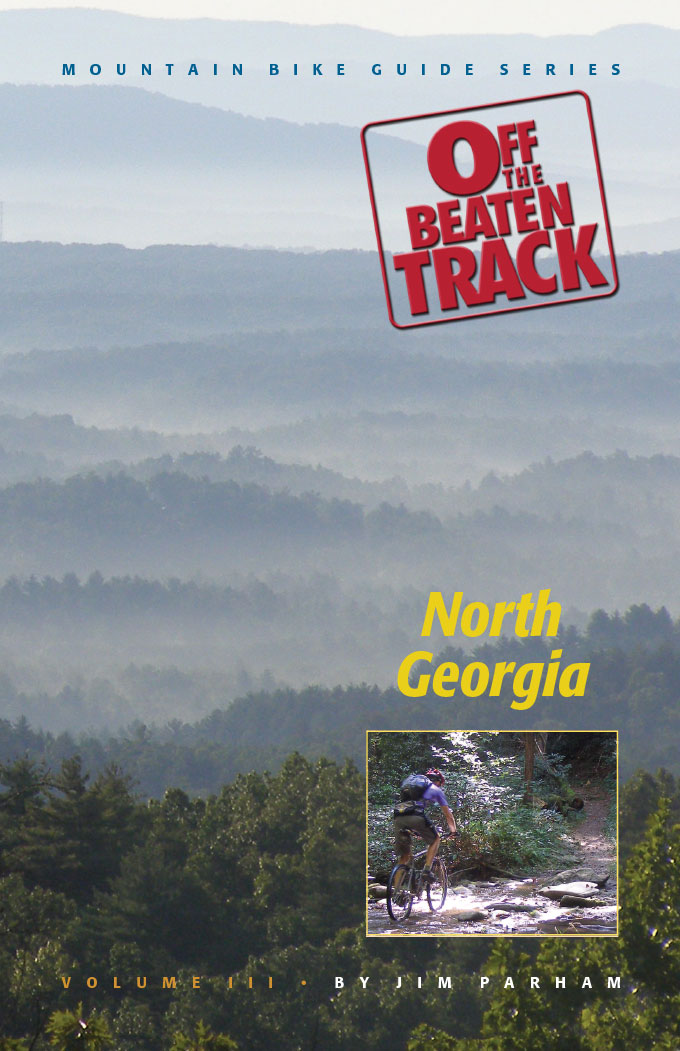 It’s been 25 years since the very first volume of the Off the Beaten Track mountain bike guide series was published, but times have changed and now it’s time to say goodbye. The last two volumes in the series will go out of print on April 1, 2017.

In writing and publishing the the series, Jim Parham played a major rol 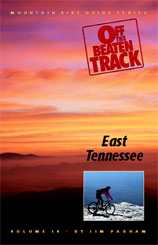 e in putting the Southeast on the map as a mountain biking Mecca. In fact, he named many of the mountain bike trails now popular in the mountains of North Carolina, Georgia, and Tennessee. Back in those days, many cyclists were looking for the most remote, extreme trails they could find. Stories of day-long rides mapped out on the back of dinner napkins were epic. Jim saw an opportunity to make it easier for outfitter store and bike shop staff and keep most people from getting lost, and he took it. His books were enthusiastically embraced by outdoor retailers, and as a result, most area bike shops began to carry guidebooks for the first time. By the time mountain biking was included in the Olympics—in the 1996 Atlanta Games—Jim’s was the guidebook for spectating cyclists who wanted to experience that awesome Georgia terrain for themselves.

Not to worry—the new Mountain Bike Trails guidebooks include 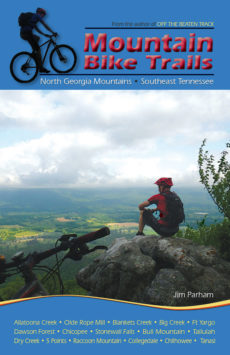 just about all the classic rides you know and love. The difference is in the format, which includes color topo maps and photos, and organizes the rides according to all the new trail networks, backcountry and urban, that have been created over the years as the sport of mountain biking has evolved. Which means it also has many new rides not included in the earlier series, including the Olympic Mountain Bike course in Conyers, GA. The stats of the new guide are impressive: 1200 miles of mountain bike trails, 128 routes, 83 trailheads, and 42 trail networks. There’s a list of easy rides for folks just starting out on a mountain bike. And if you happen to be looking for an all-day epic spin, there’s a list of those as well.

Mountain Bike Trails: North Georgia Mountains, Southeast Tennessee will be released April 1. Check out the Table of Contents and a sample chapter here. It provides current trail information in a new format, and includes more than 420 full-color illustrations with trail details, driving directions to the trailheads, and user regulations. All 137 maps and 120 elevation profiles are drawn by Jim Parham. Some things never change.

Archives
Categories
Milestone Press books are sold at outfitters, bicycle and motorcycle shops, and selected book and specialty stores across the Southeast.
Buy Our Guidebooks
© 2021 Milestone Press, Inc. | An Engenius website.
Back To Top