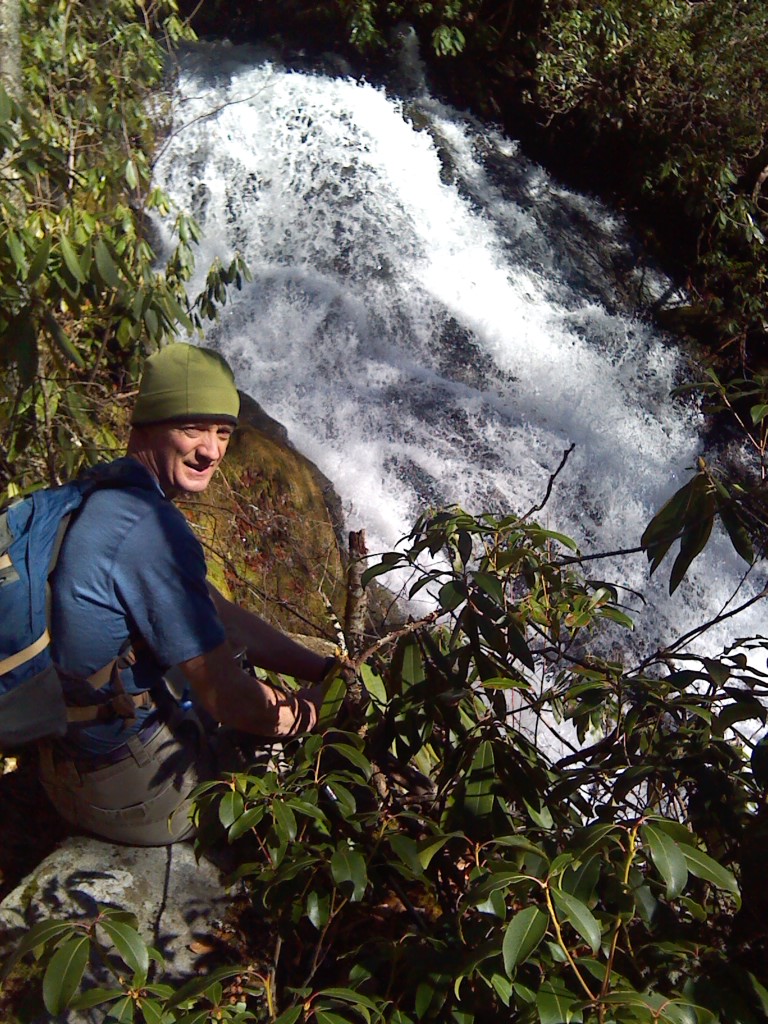 I’ve always believed that if you’re going on a hike, it’s a lot more fun and a lot more interesting if you have an exciting destination in mind. This could be a good view off the top of a rocky cliff, a section of old growth forest, or something more obscure, like a hillside known for wildflowers. Nothing captures my interest more, though, than a waterfall. There’s something about hiking along with the sounds of crashing water all around that lifts my spirits and gets my blood pumping. I know that at any moment, around a sudden bend in the trail or as I step up to an overlook, I’ll see before me all this water splashing down in a great froth of white. I have one thought, and it’s always the same—”amazing!”

People often want to know the best time to go on a waterfall hike. Any time is a good time to go on a hike, and it’s also true that waterfalls change with the seasons. In the southern Appalachians, winter is generally mild and wet. Spring is pleasant and sometimes wet. Summer is hot and can be dry or wet. Fall is usually pleasant and dry, unless a hurricane sends a lot of moisture off the Gulf, and then for a week or so it, too, can be wet—which is critical for optimum waterflows at the waterfalls. Consider all this before heading out on a waterfall hike, and you won’t be disappointed. Generally speaking,  if it has been a hot, dry summer, expect the smaller streams to be reduced to a trickle or dried up altogether; the larger streams will still put on a pretty good show. After a few soaking rains or a prolonged wet season, you can expect everything to be at its best. What about right now—the dead of winter? With the tree limbs bare of leaves the visibility is optimal. Getting out on a brisk day gets your energy flowing. And when it’s really cold, there’s not much that’s prettier than a waterfall covered in ice.

As Snow Flies, We Look Toward Spring Blooms

It's snowing all over the Southeast today, from the Smokies to Springer Mountain. But in…

The woods have become my own, and this walk is a truly personal experience. I…