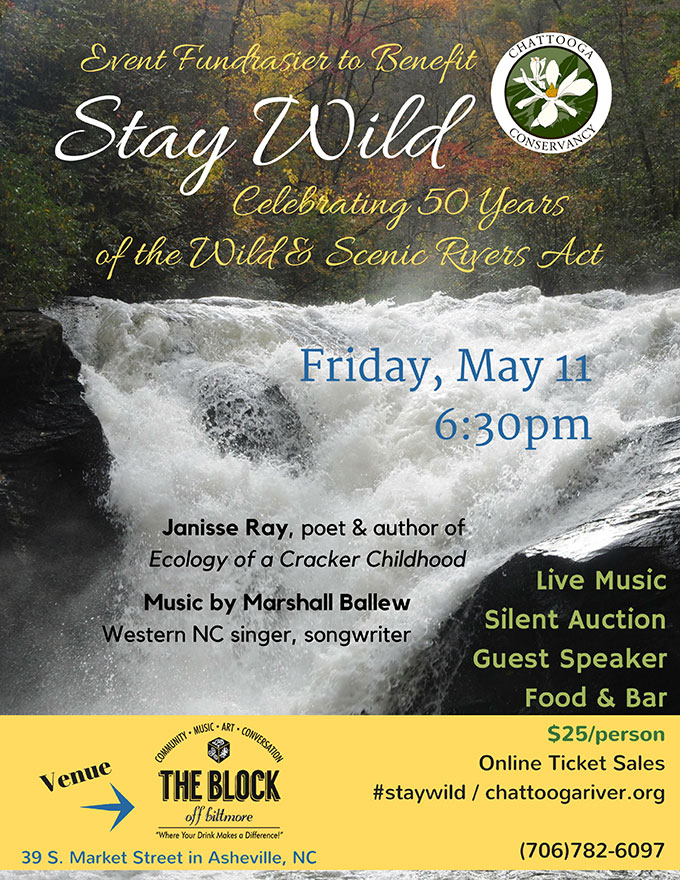 In the outdoor recreation world, perhaps no river has had a greater impact on the Southern Appalachians than the Chattooga. If you appreciate the treasure of this historic river and what it brings to the region, now is your time to support it and the laws that protect it.

Originating high in the North Carolina Blue Ridge, the Chattooga first flows through the Ellicott Rock Wilderness, where North Carolina, South Carolina, and Georgia meet. It then forms 57 miles of the border between the last two of those states, flanked by two national forests: Chattahoochee on the western side and Sumter to the east. When it reaches Lake Tugalo it joins the Tallulah River to become the largest tributary of the Tugaloo River. The Tugaloo joins the Seneca River to form the Savannah River, which empties into the Atlantic at Savannah, GA.

Today, the Chattooga has two main claims to fame. The first is its role as the fictional Cahulawassee River in the 1972 film Deliverance, based on James Dickey’s novel of the same name. A few years later it became the very first river east of the Mississippi to be designated  “wild & scenic” when more than 15,000 acres of river corridor were protected from development under the 1968 National Wild and Scenic Rivers Act, which created the National Wild & Scenic Rivers System “to preserve certain rivers with outstanding natural, cultural, and recreational values in a free-flowing condition for the enjoyment of present and future generations.” Rafters, kayakers, and canoeists know the Chattooga for its dramatic and challenging whitewater rapids. Hikers and equestrians enjoy the remote and beautiful trails in an undisturbed natural setting.

As a business, we benefit indirectly from this protected waterway and the land that surrounds it. Roughly half of the guidebooks we publish at Milestone Press contain trails in the Chattooga River region, including hiking and mountain biking routes in North Carolina, South Carolina, and Georgia. That’s only one reason why we want to spread the word about an upcoming local event to support keeping the Chattooga River wild.

Those of us who love the outdoors sometimes take for granted the land on which we recreate. So here’s your chance to show you care—and give back just a little. Join the Chattooga Conservancy as it teams up with The Block Off Biltmore in Asheville, NC on May 11 to celebrate 50 years of the Wild & Scenic Rivers Act and raise funds for the river’s continued conservation. There’ll be poetry, music, food, drink, and more (there’s even a silent auction where you’ll get a chance to bid on some of our guidebooks). For details, see the image above or visit the Chattooga Conservancy website.