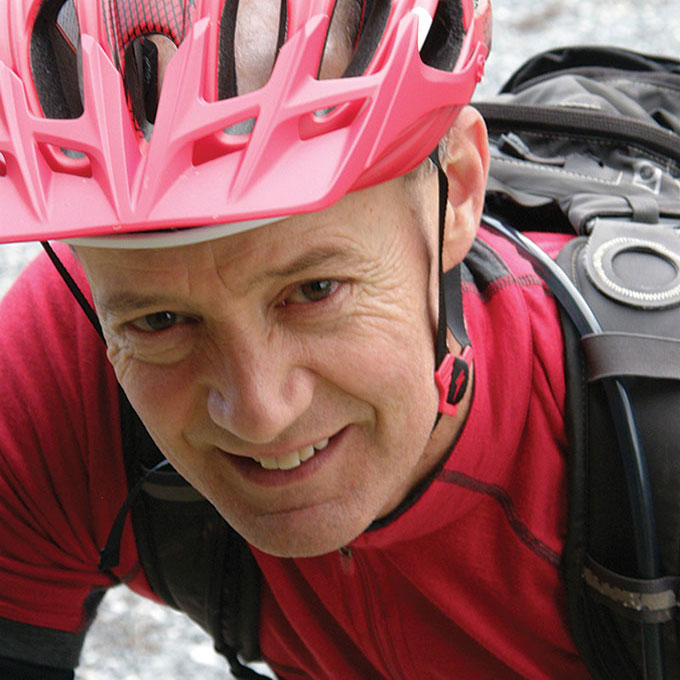 It’s been nearly 25 years since Jim Parham began his career as an outdoor guidebook author with the publication of his first book, Off the Beaten Track: A Guide to Mountain Biking in Western North Carolina. This month, Parham was recognized for his work when he was named to Blue Ridge Outdoors Magazine’s list of 100 Outdoor Pioneers. According to the magazine’s website, “BRO celebrates the continuing legacies of 100 outdoor pioneers who shaped the region’s recreation, conservation, and adventure….While benefactors and leaders in art, science, business, politics, medicine and other realms see their names emblazoned on buildings and their legacies revered for centuries, the people who advance outdoor recreation and the protection of public lands generally do their work without fanfare, quietly pushing the boundaries of human endurance and selflessly advocating on behalf of resources to benefit mankind.”

Parham’s first book was also the very first mountain bike guidebook for the Southeastern United States, and that single book quickly turned into a series covering more of North Carolina, north Georgia, East Tennessee, northern Virginia, and West Virginia. Not long after, Milestone Press was born, which published more of Parham’s guides and those of other outdoor authors as well. He became known as a writer, but also as the creator of simple, accurate maps with just enough detail to make them reliable and easy to follow. BIKE Magazine called his books “so sensible, well-designed and clear, they should be a model for guidebooks everywhere.”

The outdoor author has now penned more than a dozen cycling and hiking guidebooks and drawn thousands of maps. Over the years he has continued to be an  advocate for mountain biking, road biking, backpa 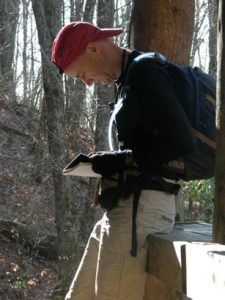 cking, and hiking. He was the first North Carolina representative to IMBA, the International Mountain Bicycling Association, and has designed or consulted on the building of numerous trails in the region. In 2014 he was an active participant in a NC State University/Department of Transportation highway study involving road bikers and rumble strips. For many years he has spent part of each summer leading mountain bike and backpacking adventure trips for youth at Falling Creek Camp in Tuxedo, NC.

Jim Parham’s naming to Blue Ridge Outdoors‘s 100 Outdoor Pioneers list happens just as Milestone Press  prepares to release his newest mountain bike guide book, Mountain Bike Trails: North Carolina Mountains & South Carolina Upstate on April 1. The new book will be the most complete and up-to-date mountain bike guide available for the region. “I just felt it was time,” he says, “to provide current trail information in a way that represents the evolution of the sport.”

Archives
Categories
Milestone Press books are sold at outfitters, bicycle and motorcycle shops, and selected book and specialty stores across the Southeast.
Buy Our Guidebooks
© 2021 Milestone Press, Inc. | An Engenius website.
Back To Top
Posting....