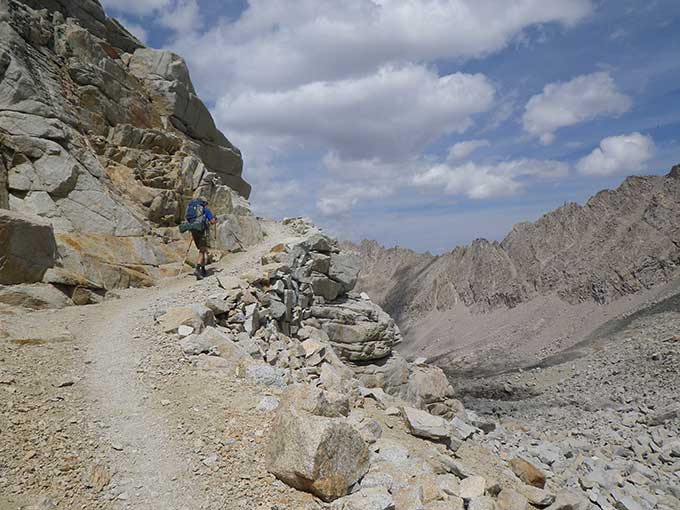 We love the Southern Appalachians, but once in a while it’s good to get out of our own backyard. Last month Jim Parham returned from hiking the John Muir Trail in California with son Sidney.

The JMT stretches from 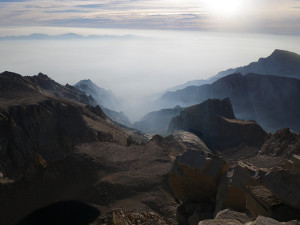 Yosemite Valley in Yosemite National Park to Mount Whitney (highest peak in the lower 48), 221 miles to the south. Most backpackers take 21 days to walk this classic  footpath through the Sierra Nevada, which crosses a number of passes , hovers around 12,000 feet, and tops out at the Whitney summit at 14,500 feet.

To accommodate a narrow summer window in Sidney’s college schedule, he and Jim hiked it in 15 days. The hardest, most unexpected part? So much walking in deep sand (Jim says they could have trained for it by walking on the beach with a full pack). Also, with the many wildfires burning in the region they had five or six days of almost constant smoke, which meant irritated sinuses and lungs along with often nonexistent views. 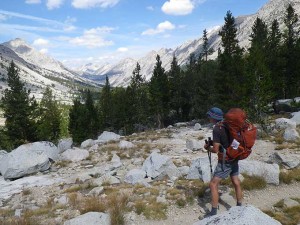 The guys had endless stories about rattlesnake encounters, climbing Mount Whitney under a full moon, and meeting interesting fellow hikers on the trail, but we’ll just stick to the bare facts here.

Next time we’ll take gaiters for the sand

Best view from Whitney summit, on the final day