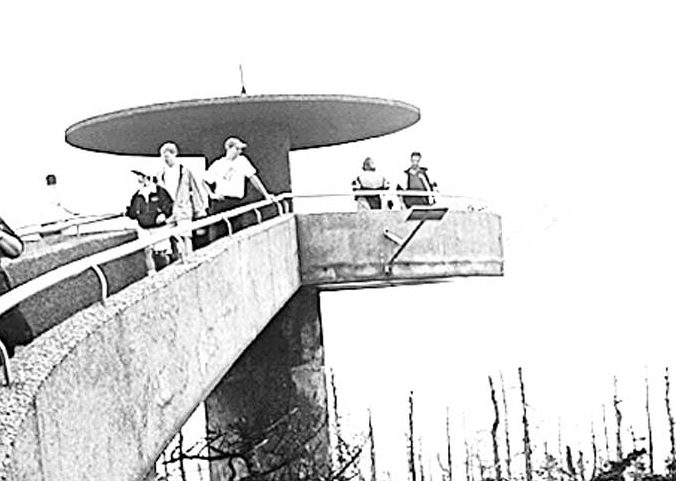 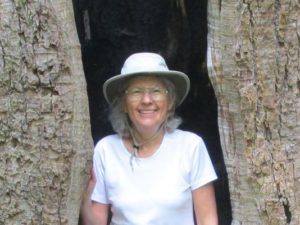 Our friend Danny Bernstein has strong opinions about taking care of our public lands. A hiker, hike leader and outdoor writer, she is the author of several hiking guidebooks, including Hiking the Carolina Mountains and Hiking North Carolina’s Blue Ridge Mountains. We want to share her recent op-ed piece, which appeared recently in her hometown paper, The Asheville Citizen-Times.

Why are we asked to click to compete for money to repair the tower on Clingmans Dome in Great Smoky Mountains National Park?

Great Smoky Mountains National Park is participating in Partners in Preservation (PIP), a community-based partnership of American Express and the National Trust for Historic Preservation to raise awareness of the importance of preserving historic places. In honor of the National Park Service’s Centennial, the 2016 National Parks campaign will award $2 million in grants to historic sites in need of preservation within national parks units, as decided by popular vote.

As one of 20 historic places selected, Great Smoky Mountains National Park hopes to be one of the winners of the campaign to help Clingmans Dome Tower. Straddling the North Carolina and Tennessee state line at 6,643 feet, the Clingmans Dome Tower is a prominent landmark and destination as the highest point in the park.

Hopes to be one of the winners? To preserve a tower? Isn’t this like getting socks for Christmas?

Twenty national park units are competing against each other to repair or replace key structures and features. To take two examples of other worthy places I’ve visited recently and wrote about:

In Atlanta, the Ebenezer Baptist Church, part of Martin Luther King, Jr. National Historic Site, needs a $227,000 grant to preserve the exterior of the church. This is Martin Luther King’s church, for heaven’s sake.

Everglades National Park boasts the Flamingo Visitor Center, a distinctive example of Park Service modern architecture and the Mission 66 building program that transformed America’s national parks in the 1950s and 1960s. They also need $250,000 to repair the visitor center.

Ironically, many of these requests for money, including Clingmans Dome, are from Mission 66 projects. Between 1956 and 1966, our federal government spent more than $1 billion on infrastructure and other improvements in the parks. They added visitor centers and other amenities to many park units in the U.S.

When was the last time you heard any of the presidential candidates give their opinions about the importance of public lands? I feel I’m pretty informed but I have never heard or read anything about their views on public land. If you dig deep on the web, you might see a statement on the environment but that’s so much more general and meaningless.

The American public should be demanding that our federal government fund the parks properly, especially since so many of us are traveling and visiting more parks more often. Instead, we’re depending on a popularity contest and clicking. We’re also forced to pit one outstanding park against another. However, until we, the public, make our public lands a priority, I guess I’m going to click as well.

Riding Tsali in the Snow

On a sunny Sunday afternoon this week, taking a favorite walk along the edge of…

Getting Out of Our Backyard: Wildflowers on Scarp Ridge

When it comes to trail adventures, for us there's only one thing better than a…

Archives
Categories
Milestone Press books are sold at outfitters, bicycle and motorcycle shops, and selected book and specialty stores across the Southeast.
Buy Our Guidebooks
© 2019 Milestone Press, Inc. | An Engenius website.
Back To Top
×