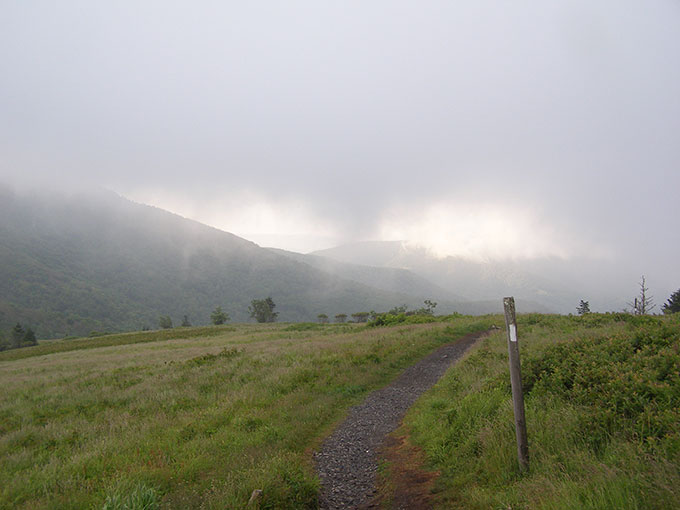 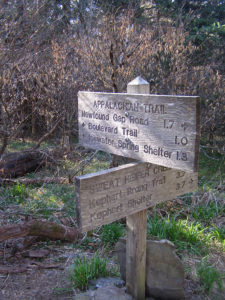 It was completed on August 14, 1937. According to the Appalachian Trail Conference, “the trail was first conceived in 1921 and built by private citizens. A 2,180-mile long footpath that stretches from central Maine to northern Georgia, the Appalachian National Scenic Trail (or the A.T.) traverses the scenic, wooded, pastoral, wild, and culturally resonant lands of the Appalachian Mountains. It was one of the first in the National Trails System.” The trail spans 14 eastern states, crossing many of the highest peaks of the Appalachian chain along its way. In Georgia, Blood Mountain is its highest point. In North Carolina and Tennessee the highest point is Clingmans Dome, which sits on the border between the two states, within Great Smoky Mountains National Park.

Several times in the past decade the A.T has been front and center in the news and popular culture, from novel and film (Bill Bryson’s A Walk in the Woods) to political scandal (when South Carolina governor Mark Sanford went missing in 2009). In the mountains of North Carolina, Georgia, and Tennessee it’s simply part of the landscape. It can be easy to take the A.T. for granted, but it’s really one more reason to appreciate where we live. 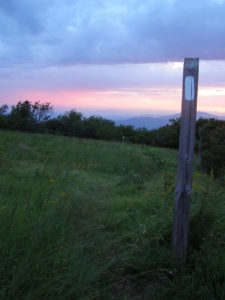 In 2017 more than 3,735 adventurers began hiking the entire length of the A.T., and about 20 percent of those completed it in one long backpacking trip. Many more individuals hike it in sections over a period of years. But the Appalachian Trail is more than a long-distance path. It’s a destination in itself and a venue for day hikes, backpacking overnights, and extended backcountry adventures. Time spent on the Trail can include waterfalls, wildflowers, summit-bagging, and walks into history. To experience this national treasure in the Southeast, check out your options in our guidebooks that include routes on the A.T.: Day Hiking the North Georgia Mountains, Waterfall Hikes of North Georgia, Hiking the Carolina Mountains, Hiking North Carolina’s Blue Ridge Mountains, Wildflower Walks & Hikes, and Backpacking Overnights: NC Mountains & SC Upstate.