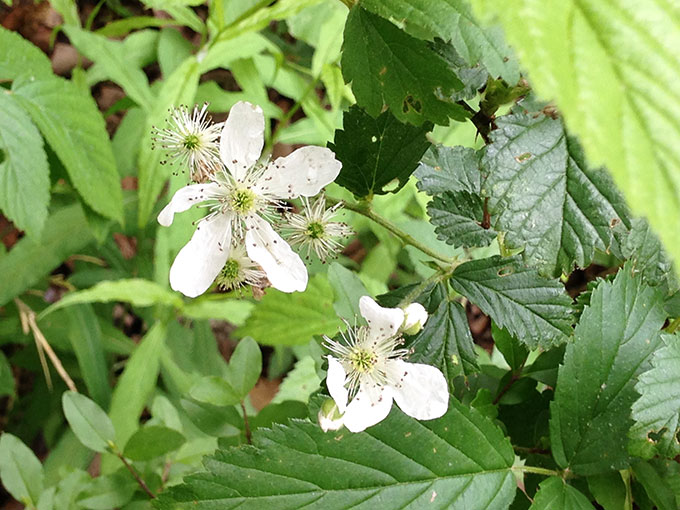 April showers bring May flowers, as the rhyme goes, and all of us in the Southern Appalachians expect the warm weather to arrive with those flowers. Most of the time it does, but it’s also not uncommon, after the arrival of fresh green leaves, soft new shoots, and jewel-like blooms, for spring to take two steps back and hesitate for a week or so with cool—and sometimes downright cold—weather. That’s what’s happening now in the Smokies. With night-time temps in the low forties and daytime highs still below fifty, it’s decidedly chilly in our wood-heated offices, where we quit having fires in the stove a while back. What we’re experiencing this week is “blackberry winter.” High up in the National Park, it’s snowing today. Lower down, cold showers are intermittent and the forecast includes a possibility of hail.

According to Wickipedia, blackberry winter is a term used in the Southern and midwestern  United States, referring to a cold spell that often occurs in late spring when the blackberries are in bloom. We can vouch for that; although the blackberry bloom in our garden is past its peak, in some places the blackberry canes are still covered in white blossoms. 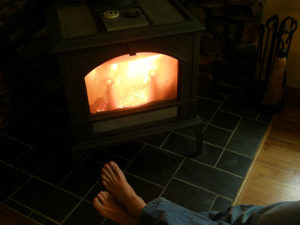 ago it was comfortable to be outside in a t-shirt. Blackberry winter is a stark reminder that nature is always changeable, and when it comes to the outdoors it’s a good idea to be prepared for anything. It says to us, Don’t get in a hurry; don’t assume. Have a plan B for your bike ride. Don’t plant your garden too early, don’t go backpacking without your winter bag, and don’t put away your woolen long underwear or just yet. It’s not that the weather is necessarily bad. There’s a snap in the air and on clear days the sky is free of haze; the views are generally spectacular. It’s a great time to be outdoors, but make sure you have what you need to stay warm—that extra layer, that wind jacket, your gloves and hat. The sun might be bright,  but the breeze will be sharp.

And if it’s too cold for your taste, well, just wait a few days, and spring will elbow its way back in with more warm weather, continuing its headlong rush into summer. The blackberry blossoms will fade, to be followed by wild azalea, mountain laurel, and all the wild riot of flowers that follow in this part of the world.

In the meantime, we may just carry a few logs in from the woodshed and, since we have not yet cleaned out the wood stove this spring, put our feet up in front of the last crackling fire of the season.