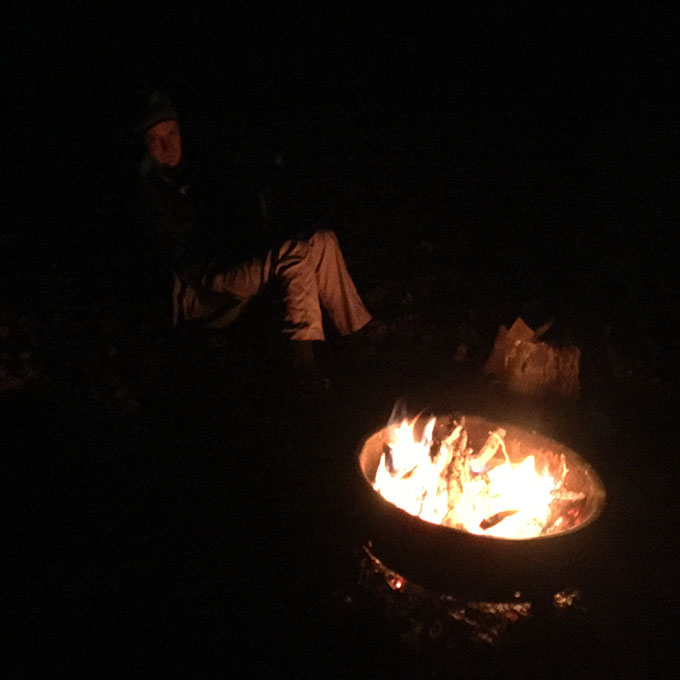 Long gone are the days of Horace Kephart, when an open campfire was necessary to cook a meal in the backcountry. Modern backpacking meals now typically consist of freeze-dried food purchased at an outfitters store or—for the more experienced, frugal, or epicurean adventurers—home-prepared freezer bag cooking entrees. These require only boiling water to reconstitute a tasty, filling breakfast or supper on the trail, with water boiled in minutes over a featherweight campstove–no firewood, no smoke, no tending a fire, no large cooking pots, and very little waiting.

So why build and burn a campfire in the backcountry? Here’s what Jim Parham has to say in his Backpacking Overnights: NC Mountains & SC Upstate guidebook.

As long as there is no fire ban in force, campfires can be an enjoyable experience. Cozying up to a crackling fire with only the nights sounds and the ruddy flames to keep you company is relatively safe in the southern Appalachian backcountry as long as you follow certain guidelines. 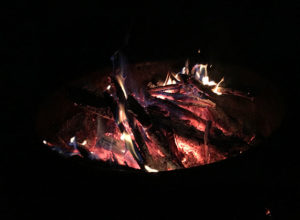 Use existing fire rings to contain your fire in one area. Most every campsite you come upon will have one fashioned out of rocks. In some parks (Great Smoky Mountains National Park, for example), some sites have metal fire rings.

Firewood should be dead and down wood only. Don’t break down standing dead wood, and never cut down living trees or break off living limbs. In popular campsites, you may have trouble collecting wood for a fire, since the nearby area has been scoured by those who’ve come before you.

Keep fires small to minimize the amount of wood used and increase your safety level. Giant bonfires have their places, but the backcountry is not one of them.

Kill your campfire before leaving your campsite. It needs to be “dead out”–no glowing smoke, no coals, no heat. Use water to douse it if necessary.

Campfires are a commitment. You’ll need time to collect firewood, but you’ll also need to stay up and tend the fire once it’s burning. It will take a while for the fire to burn to low coals, when you can douse it. So if you plan a campfire, arrive at your site early to build it and plan to stay up as late as necessary to watch it die away.

We are happy to announce that Milestone Press has a new home. After more than…