Our focus is simple. We produce reliable, up-to-date guidebooks that give outdoor adventurers the information they need to have a great experience in the Southeast, a region we know and love. Our pub list is small and grows slowly, because we put a lot of energy into revising and updating our books on a regular basis and making sure new ones meet our standards for user-friendliness, clarity, and accuracy.

A New Chapter in the Milestone Press Story!

Effective January 1, 2019, Milestone Press is now a part of the University of Georgia Press. As publisher of the Georgia River Network Guidebooks and bestselling field guides to snakes, fireflies, and other wildlife, the UGA Press sees in Milestone’s books the same high standards it demands of its own titles. Together, Milestone Press and UGA Press will become a go-to source of outdoor guides known for their accuracy, ease-of use, and conservation-minded approach.

Going forward, Milestone Press will retain its familiar name and identity, which have been earned over decades of high-quality adventure publishing. Founders Jim Parham and Mary Ellen Hammond will continue to play a valued role as Milestone transitions into its new home at UGA Press.

More Than 25 Years of Adventure Publishing 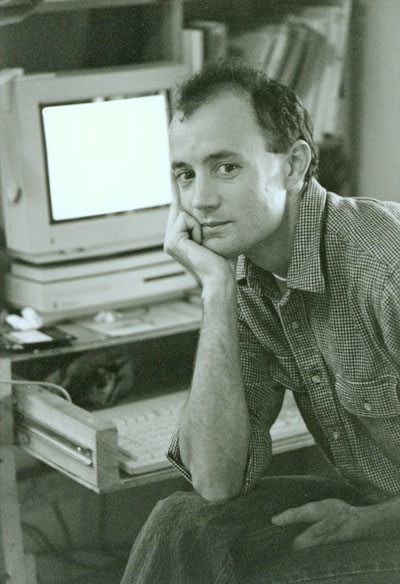 In 1992, Jim Parham’s Off the Beaten Track—A Guide to Mountain Biking in Western North Carolina was the first mountain bike trail guide published for anywhere in the Southeast. We produced it on a Macintosh LC with a whopping 40mb hard drive, using Aldus Pagemaker and the draw program bundled with Microsoft Works.

Jim drew the maps freehand on the computer with a push-button mouse. “I held the button down as I drew, and if I let up before I was finished, I lost all my work—we were on the cutting edge,” he recalls. His work required a focus and precision that’s been applied to every Milestone Press guidebook since.

That first title was followed by more mountain bike guides, then road bicycling, motorcycling, and hiking guidebooks by other authors. Today we continue to produce print guidebooks that keep pace with the evolution of outdoor adventure sports and development of trail networks on public lands.

A native of Vermont where she grew up skiing, Mary Ellen began her world travels at age 17 with an overland trip across Africa. She has since trekked in Nepal, tramped in New Zealand, bicycled the length of Hadrian’s Wall, paddled whitewater rivers in the French Alps, backpacked in Chile and Greece, and sea kayaked in Maine.

Mary Ellen holds a degree in English from Kenyon College and a Master’s Degree in Public Affairs from Western Carolina University. She served as marketing director at an internationally known adventure outfitter prior to becoming a publisher and has a background in freelance writing and photography. Her attention to detail in both text and image play a critical part in the quality of Milestone Press guidebooks.

Born in Raleigh, NC, Jim grew up in North Georgia. He began his outdoor career as a whitewater instructor and guide while completing a biology degree at Berry College. Over the years he has led river, backpacking, and bicycling trips across the United States and abroad, including Colorado’s Grand Canyon, New Zealand, Patagonia, and Europe.

Jim wrote the very first mountain bike guidebooks for the Southeast in the early 1990s. Now the author of more than a dozen titles on hiking, backpacking, and bicycling in the region, he also spends a part of each summer training staff for the high adventure program at Falling Creek Camp in Tuxedo, NC. Jim’s interest in the natural world extends to honeybees; he’s been a beekeeper since 1994.

Milestone Press books are sold at outfitters, bicycle and motorcycle shops, and selected book and specialty stores across the Southeast.
Buy Our Guidebooks
© 2019 Milestone Press, Inc. | An Engenius website.
Back To Top
×