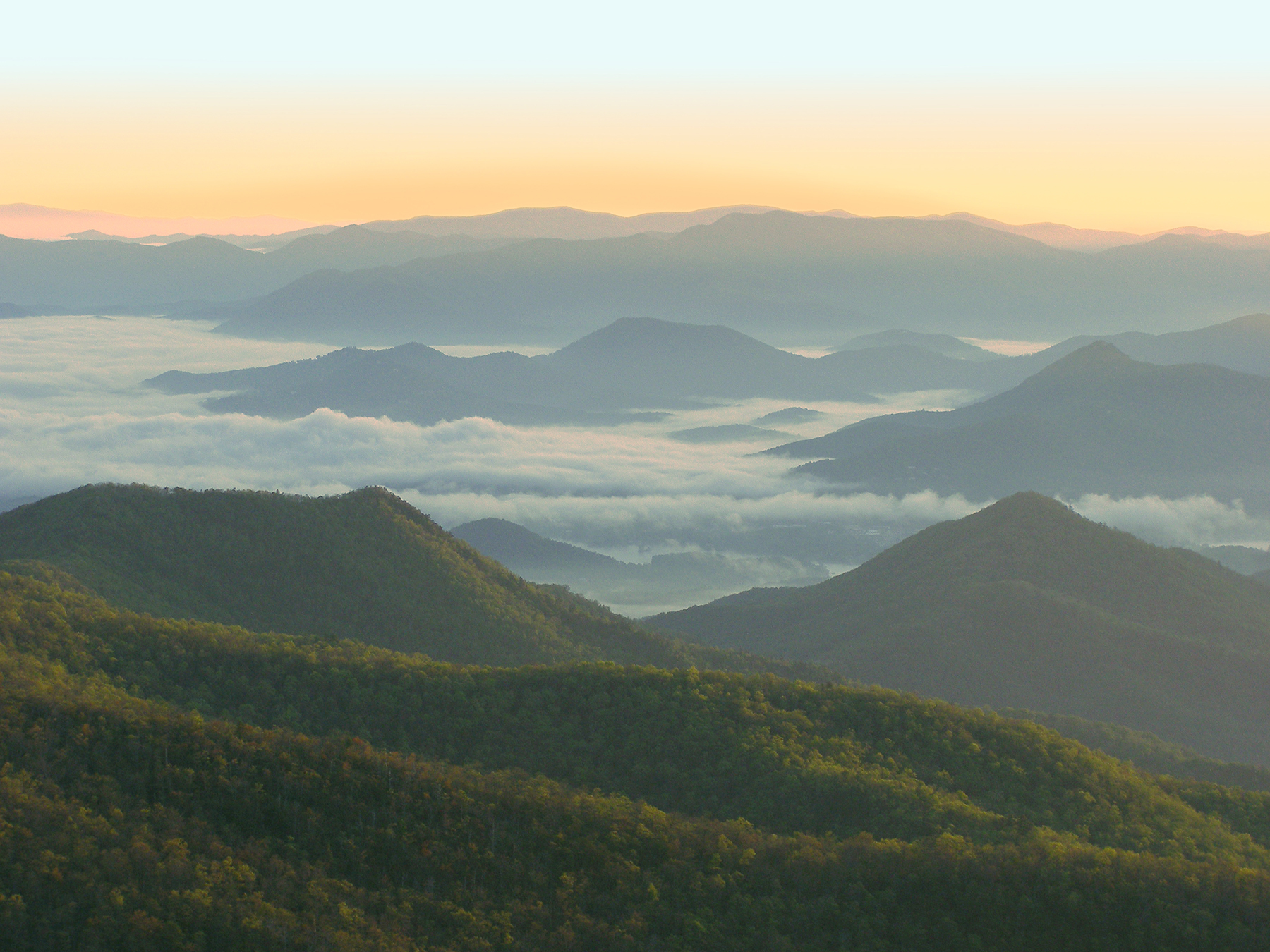 Sooner or later, those who hike or bike the trails of the Southeast (and draw maps of them) delve deep into the lay of the land. Here’s what Jim Parham says about locating a region he covers in several of his guidebooks.

Appalachian is an interesting word. It was given to us by the Spanish explorers when they first arrived in what is now Florida. There they found a Native American tribe called the Appalachee, and when the Spaniards marched northward they named the first mountains they came to the Appalachians. Even though no Appalachees ever lived there, the name stuck.

The Appalachians begin as mere foothills in Alabama and run northward up the eastern seaboard to finally end in Newfoundland. The Appalachian Trail travels almost the full length of the Appalachian chain. Most of north Georgia is part of the southern Appalachians.

The Blue Ridge Province is a geologic area that stretches from south-central Pennsylvania to north Georgia and includes the highest peaks west of the Mississippi, with North Carolina’s Mt. Mitchell the highest at 6,684 feet. Fort Mountain and the Cohuttas mark the far western edge of the Province.

Are all the mountains in north Georgia part of the same two chains? They are not. Pigeon Mountain and Lookout Mountain in the northwest are part of the Cumberland Plateau. And Kennesaw Mountain, nearer Atlanta, is part of the Appalachians but not the Blue Ridge.